A MUM was horrified after her slow cooker lid shattered and ruined her dinner – and people reckon the dishwasher could be to blame.

The woman shared a shocking snap of her fractured lid, adding it simply smashed with a ‘pop’ while she was cooking. 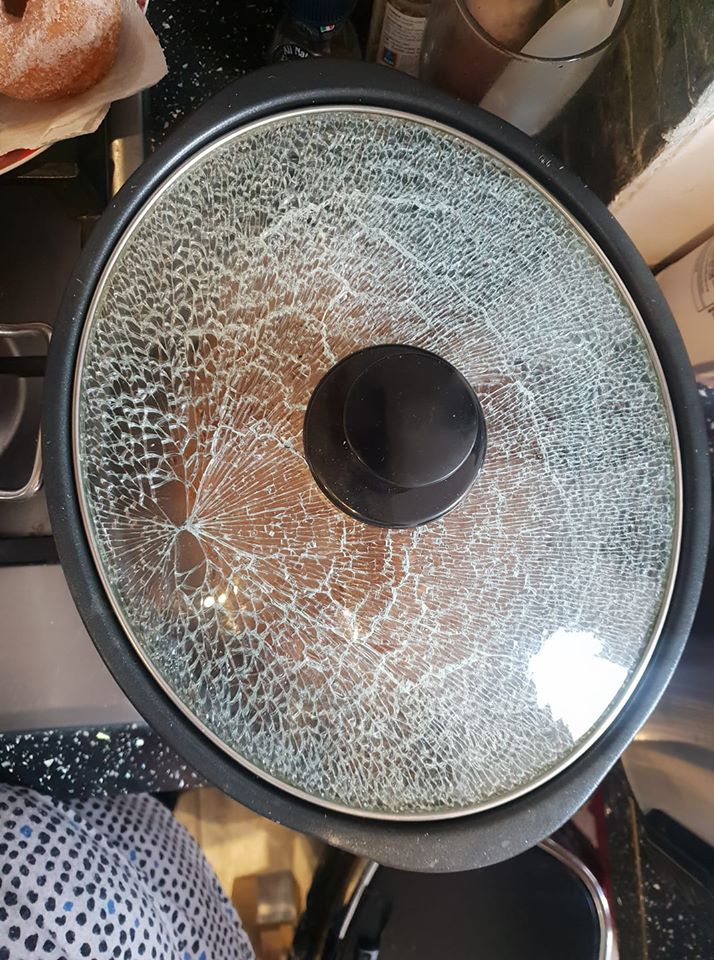 Her pulled pork – which she’d been cooking for five hours – was ruined, with sand-like shards of glass covering the meal.

The mum confirmed it was now beans on toast for dinner, as she uploaded a snap of the broken lid to Facebook group UK Slow Cooker recipes, tried and tested!.

She said: “Nooooo this has been cooking on low for 5h, just shredded the pork into the sauce and pop…….

“It's ready and that's dinner gone. Whyyyyyyyy! Beans on toast it is. 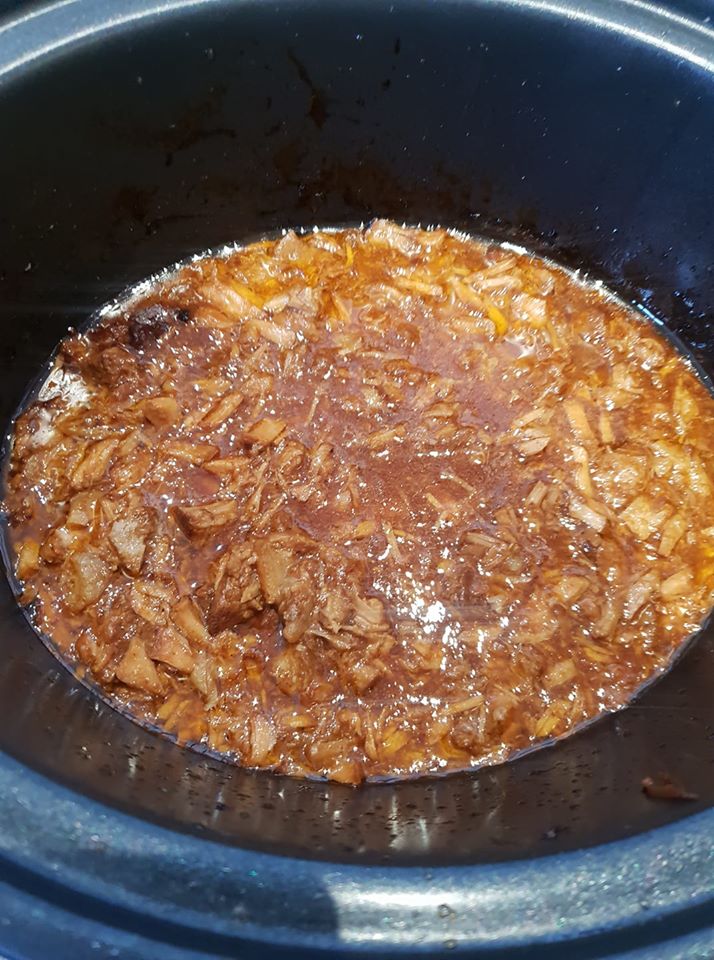 “We removed it with a spatula each side very slowly.

“It looks so good but inside of the lid has tiny tiny sand like pieces of glass all over it.

“We won't be eating it don't worry I'm gutted but rather be safe.”

Hundreds of people commented on the snap, offering her possible reasons for why it broke, and how to prevent it from happening again.

People reckoned the dishwasher could be to blame, while others commented the lid didn’t have an air-hole, while others asked if she was cooking frozen food.

Do you put it in the dishwasher? It can weaken the glass

Offering advice, one person said: “Do you put it in the dishwasher? It can weaken the glass.”

Another agreed, writing: “I don't even put my glass cooking dishes in anymore definitely not my wine or gin glasses. I had a whiskey glass smash in the dishwasher before.”

A third asked: “Did anyone over tighten the screw that holds the handle on, or the lid's handle itself? Obviously the glass needs to be able to expand and contract with the heat."

Someone else thought: “This well happens when you put a damp cloth on it.” 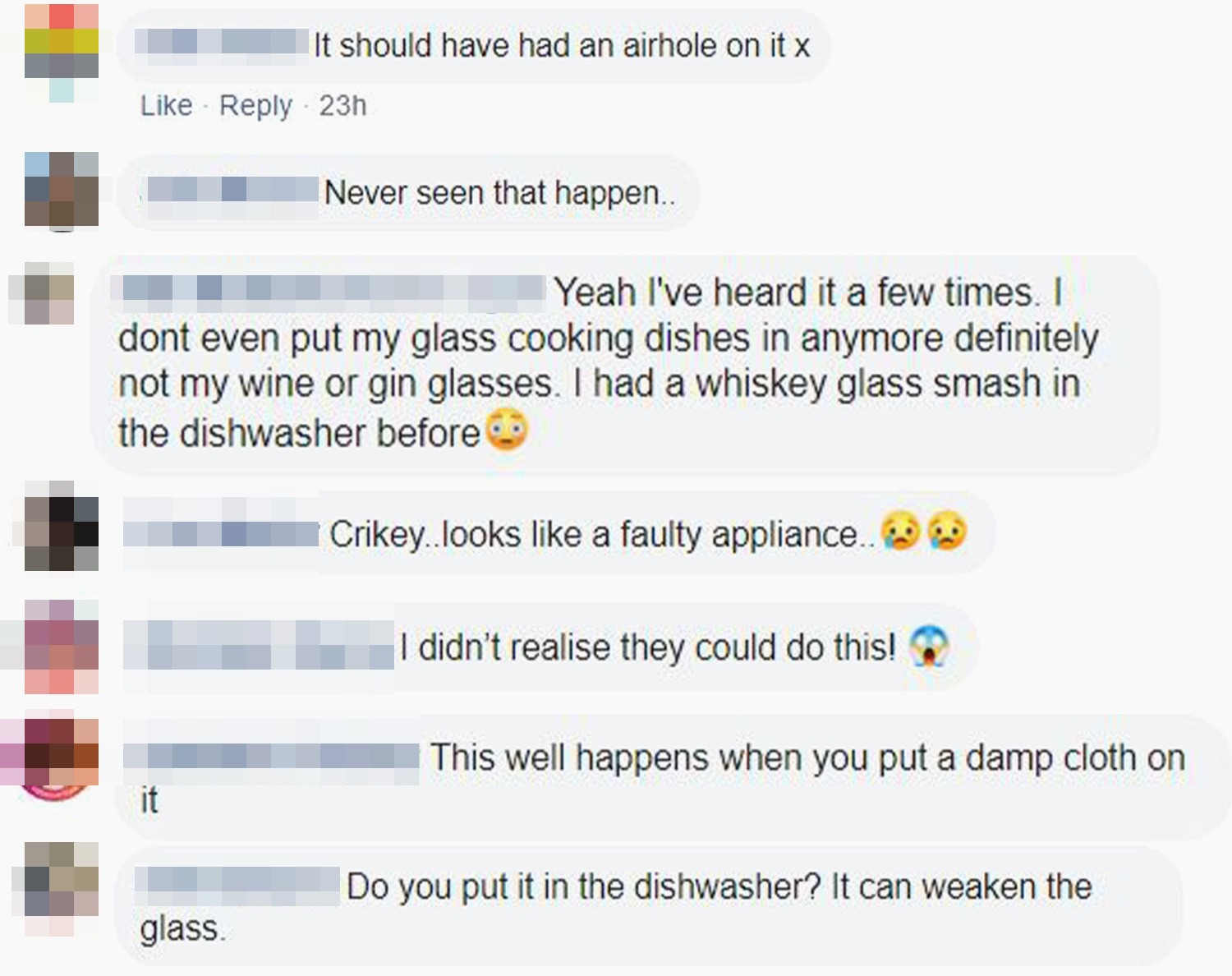 This person commented: “Can honestly say I’ve never seen something like this happen with a slow cooker before.”

Another asked: “Makes you wonder if you left the house what cud of happened.”[sic]

Someone else pointed out: “It should have had an airhole on it.”

And this person added: “No frozen food in slow cooker!!!!”

Plus we revealed Brits are experimenting with cooking making ‘leftover surprise’ as they try and stave off boredom in the lockdown.

Meanwhile we revealed why McDonald's McFlurry's have hollow spoons.

And this amateur chef makes KFC’s Zinger burger at home – and the secret is a packet of crisps.