G-MUSIC: Gucci knows exactly how many times it was cited in lyrics of international songs: 22,705.

That is one of the themes running through the brand’s 100th anniversary collection, due to be unveiled at a later date, and largely centered on the Italian luxury house’s connection with the music world.

Despite having set its own pace for showing collections, Gucci did not entirely sit out Milan Men’s Fashion Week, hosting preview press appointments at the brand’s flagship on Via Montenapoleone to tease the centennial collection, in which the number 22,705 is splashed across a range of items, as is the phrase “music is mine, Gucci seats reclined,” from the 1988 song “The R” by Eric B. & Rakim.

Gucci’s creative director Alessandro Michele has already paid homage to its ties with the music world with his “Aria” collection, which debuted last April via a 20-minute film set to the tune of a bouncing soundtrack that surfed the brand’s hip-hop mentions, including Lil Pump’s “Gucci Gang,” Rick Ross’ “Green Gucci Suit” and Bhad Bhabie’s “Gucci Flip Flops.”

After Milan Fashion Week, Gucci will on July 1 unveil its archives in Florence, stored at the company’s historic headquarters at the 16th-century Palazzo Settimanni on Via delle Caldaie. 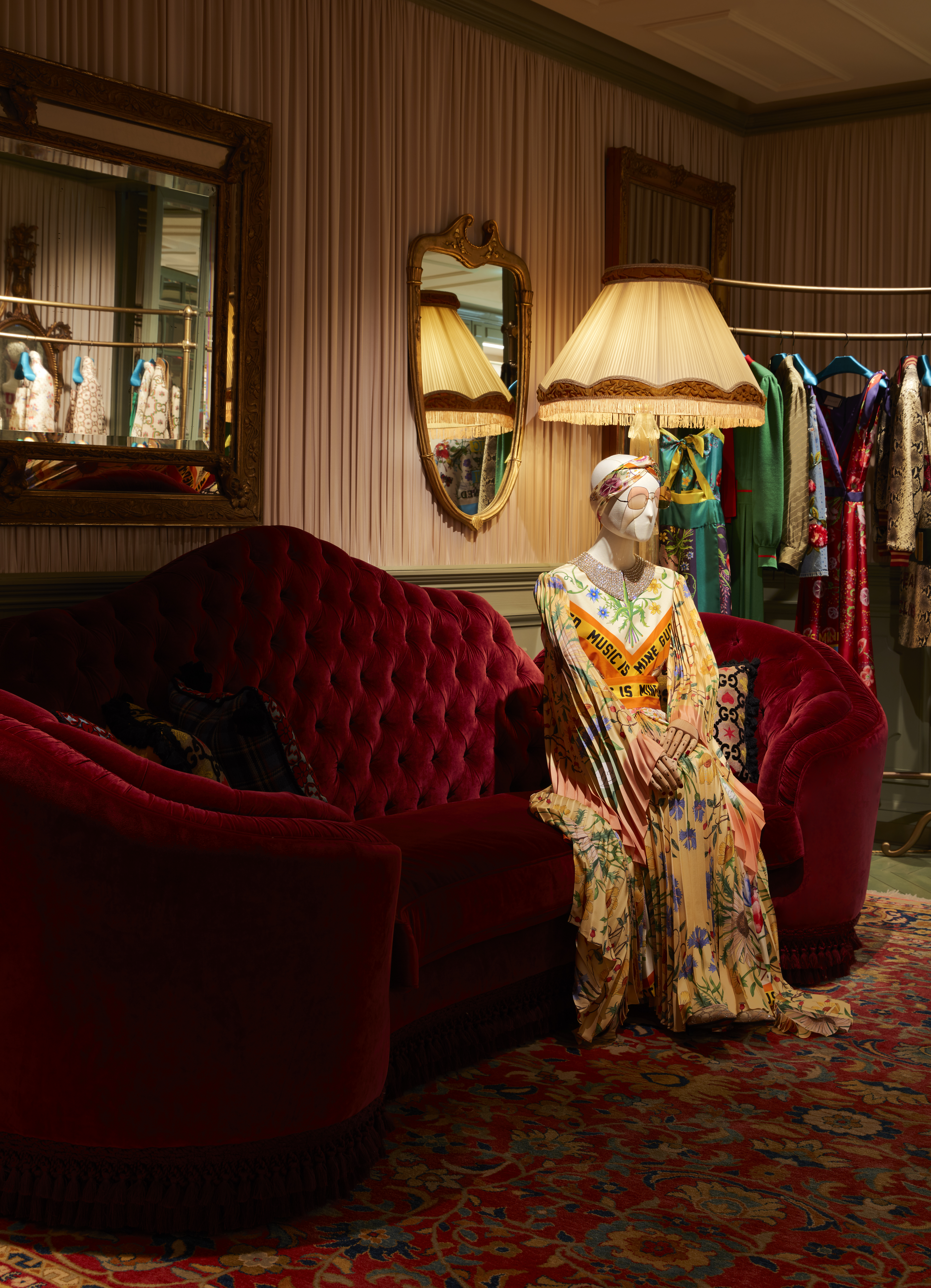