This is a tiara rooted in tragedy. Princess Mary of Teck was engaged to be married to the future king, Prince Albert Victor, Duke of Clarence & Avondale in 1891. But just a few weeks after the engagement was announced, he died of influenza.

His younger brother, Prince George, Duke of York, became the heir to the throne – and he was also unmarried. George had proposed to one of his cousins, who he was in love with, but she turned him down.

So it George turned his attentions to Princess Mary, and she accepted. The couple were wed on July 6 1893.

The tiara was a wedding gift to Mary. The name come fro the committee of women, led by Lady Eva Greville, who raised the money for its creation.

They purchased the piece from Garrard in 1893 – and so successful was their fundraising, that they had money left offer. At Mary’s request, the surplus was sent to a fund to support widows & children of sailors who died in the HMS Victoria disaster, which killed 350. 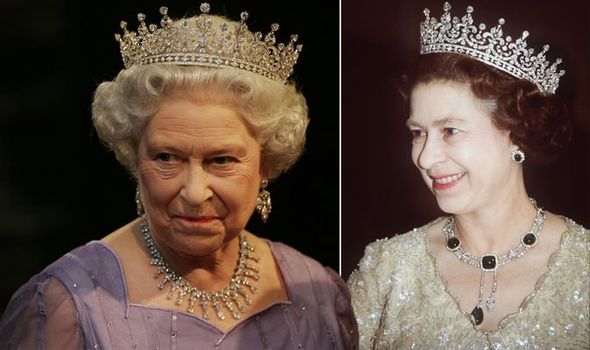 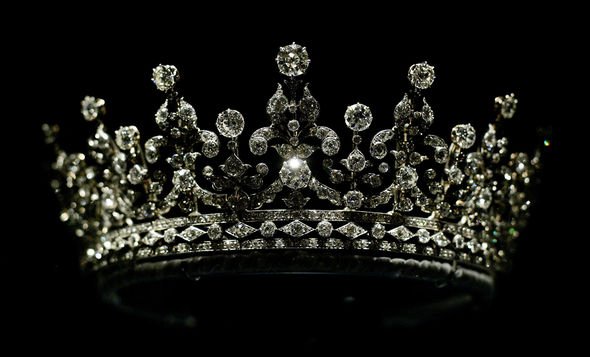 Mary didn’t wear the piece on her wedding day – instead choosing one given to her by Queen Victoria – but it became one of her favourites. She chose it for one of her first official portraits when George ascended to the throne in 1910.

When her granddaughter, Elizabeth, married Prince Philip in 1947, Mary decided to gift her the tiara. It is reported that the Queen still calls the diadem “Granny’s Tiara” because of this.

Like Mary before her, Elizabeth loved this item and wore it often – including for one of her first public appearances after her father’s funeral.

She has chosen it for portraits and at many official events over the years, marking it as her signature tiara.

Made by Garrard, this diadem features festoon and fleur-de-lys designs. Made of diamonds set in silver & gold, the original version was topped by 14 pearls.

It also came with a second frame, allowing it to be worn as a coronet. It could also be taken off a frame entirely and worn as a necklace.

Mary tweaked the tiara in 1914, removing the top row of pearls and replacing them with 13 diamond brilliants. The pearls found their way to the Lover’s Knot tiara instead. The base of the tiara was also removed, and Mary wore it a separate bandeau. Elizabeth put the two pieces back together in the 1960s, which is how it remains now.

Commenting on the tiara for Express.co.uk James Constantinou, owner of Prestige Pawnbrokers of Channel 4’s Posh Pawn, said: “This tiara was a wedding present from the ‘Girls of Great Britain and Ireland ‘ to the Duchess of York later Queen Mary in 1893. 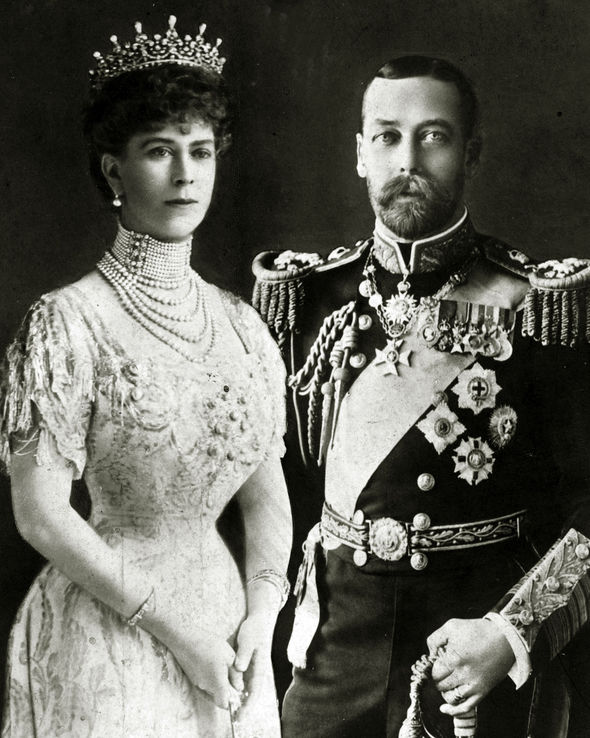 “It was purchased with money raised by a committee chaired by Lady Eva Grenville who became one of Queen Mary’s ladies in waiting .

“In November 1947 Queen Mary gave the tiara as a wedding present to her grand daughter Princess Elizabeth.

“The Queen has worn the tiara regularly throughout her reign and is depicted wearing it on certain issues of British and Commonwealth banknotes and coinage.

“Due to the historic attachment to Queen Mary, this spectacular piece would most likely not come onto the open market but hypothetically if it did it could certainly sparkle interest of up to £20 million.” 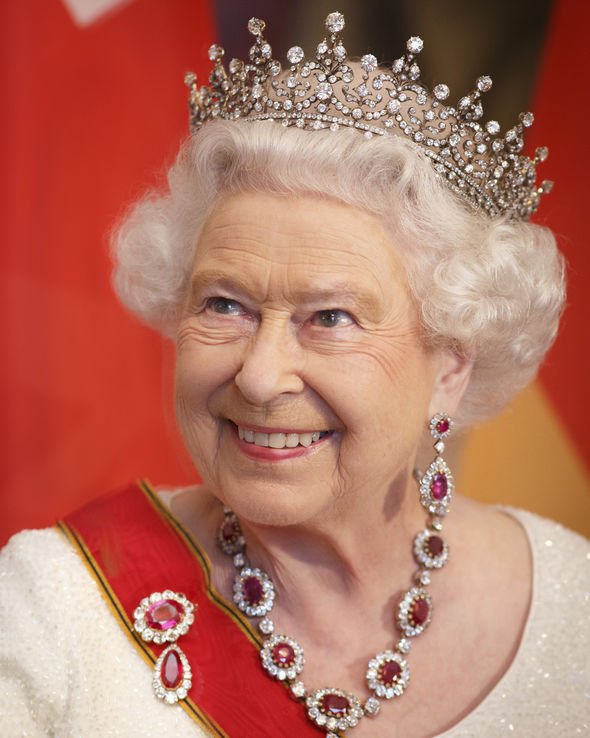 How many tiaras are there in the royal collection?

There are dozens of priceless tiaras owned by the Queen and other members of the Royal Family. Many of the British aristocracy also own tiaras, wearing them at state banquets and on wedding days.

As well as tiaras currently in existence, there are a couple which have been dismantled to make other diadems. This includes The Surrey Fringe and The Nizam of Hyderabad.

Some tiaras have formed part of iconic moments in the history of the Royal Family. The Cartier Halo for instance, was worn by Kate Middleton on her wedding day to Prince William in 2011.

Similarly, the Queen Mary Diamond Bandeau was admired around the world thanks to it being the choice of Meghan Markle for her wedding to Prince Harry in 2018.

And it is the Lover’s Knot that is most often seen today, as it is a favourite of the Duchess of Cambridge. It was closely associated with Diana, Princess of Wales during her marriage to Prince Charles, so holds special significance for Kate.