MILAN — Versace’s fall 2021 advertising campaign is sure to have ripple effects globally as it’s fronted by one of the hottest musicians of the moment: Dua Lipa.

In the images that will be revealed beginning today, lensed by Mert Alas and Marcus Piggott, the Grammy Award-winning artist sports long hair in a new, fiery red shade.

The fact that Lipa had no qualms about dyeing her hair for the shoot points to her self-confidence, said Donatella Versace. “But she also trusted me when I asked her, she did not hesitate,” said the designer with a laugh, in an interview with WWD.

Versace has been intrigued by the color, also seen on Gigi Hadid for the video presentation of the fall collection. “Blonde was banal — even though I am blonde,” she said, again laughing, “and fiery red is a symbol of passion and strength.”

Versace was first impressed by the artist’s tone of voice, “the way she speaks.” Getting to know her, she was attracted by her attitude toward life. “She hasn’t had it easy, she has fought for what she believed in and for what she has achieved.”

Strong women have always been an inspiration for Versace and she likes to design for them. In fact, she recalled how impressed she was by Lipa’s decision to perform at the 2018 Brit Awards wearing a swimsuit and a denim jacket embellished by Versace’s Trésor de la Mer print. “She was so self-confident, beautiful and bold, dancing and feeling free,” Versace still marveled.

“She reminds me of women in the south of Italy, she leads, she is not led,” said the designer, who herself is a southerner, hailing from Calabria.

In 2019, Lipa was a guest of Versace at the Met Gala and wore the brand at the Grammy Awards including earlier this year, when she won for best Pop Vocal Album, wearing three Versace looks.

The designer said Lipa is “very intelligent,” and has always asked “interesting and direct questions,” and in terms of fashion, has always known what would flatter her the most. “She knows herself very well.”

Versace, however, said she always tries to adapt her own style to the person and the personality, exchanging ideas and points of view. “I propose looks, but nobody has ever said no,” she said shrugging.  She admitted Lipa has even inspired her to experiment with new designs.

Versace was also impressed by Lipa’s modeling skills during the shoot. “She is very eclectic and nobody told her what to do, she was very instinctive and she interprets the dress, she is not worn by it.”

The designer, who enthused about the successful relationship with parent company Capri Holdings and the performance of the brand, is eager to return to IRL fashion shows and revealed that she will stage a coed show in September. 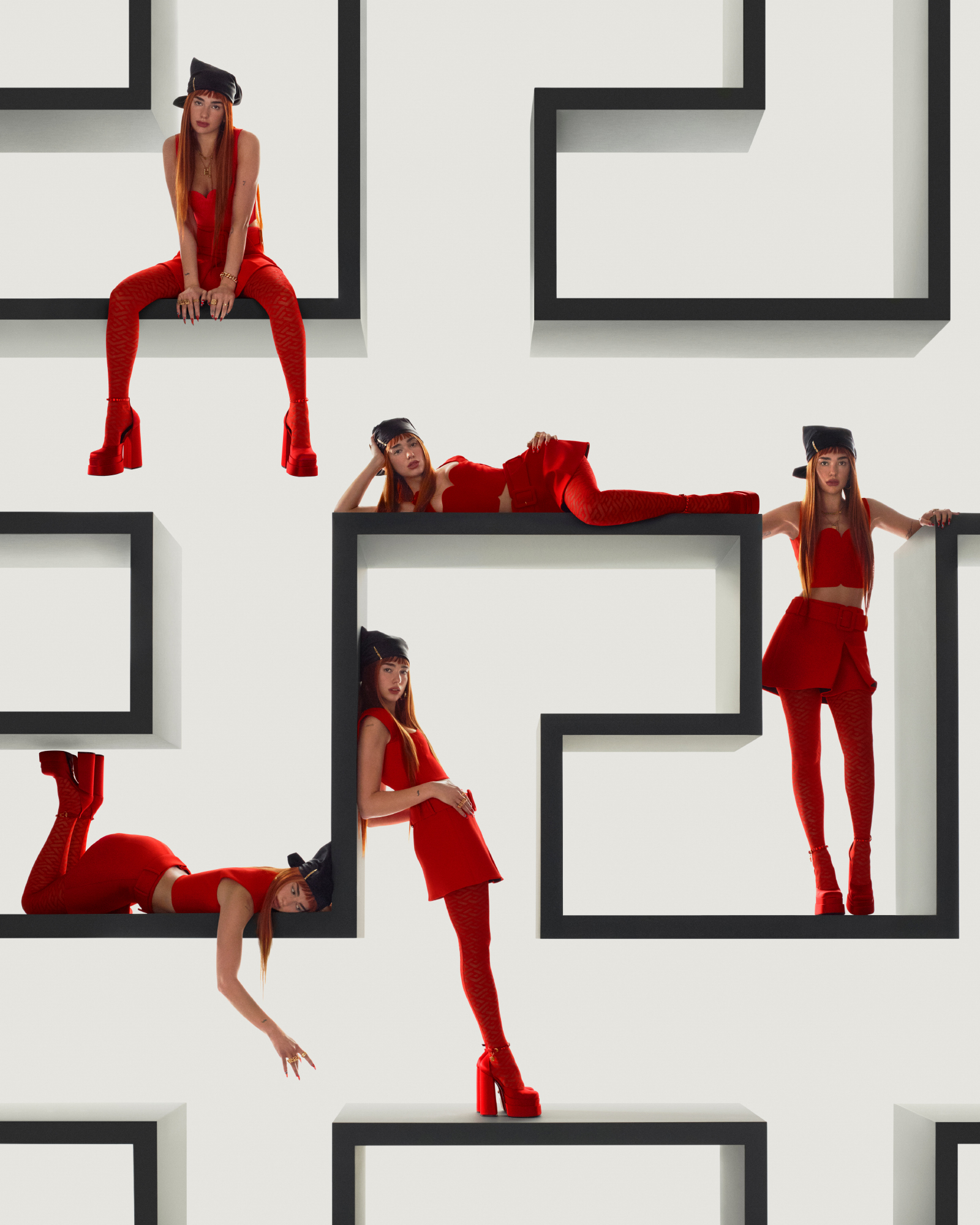