A WOMAN who can't have sex due to intense pain claims she was told by doctors that she should get pregnant to ease the agony of her crippling endometriosis.

Jasmine O’Pray was left in shock after she claimed doctors suggested that the only cure for the condition – where the lining of the womb grows onto other organs, was to have a baby. 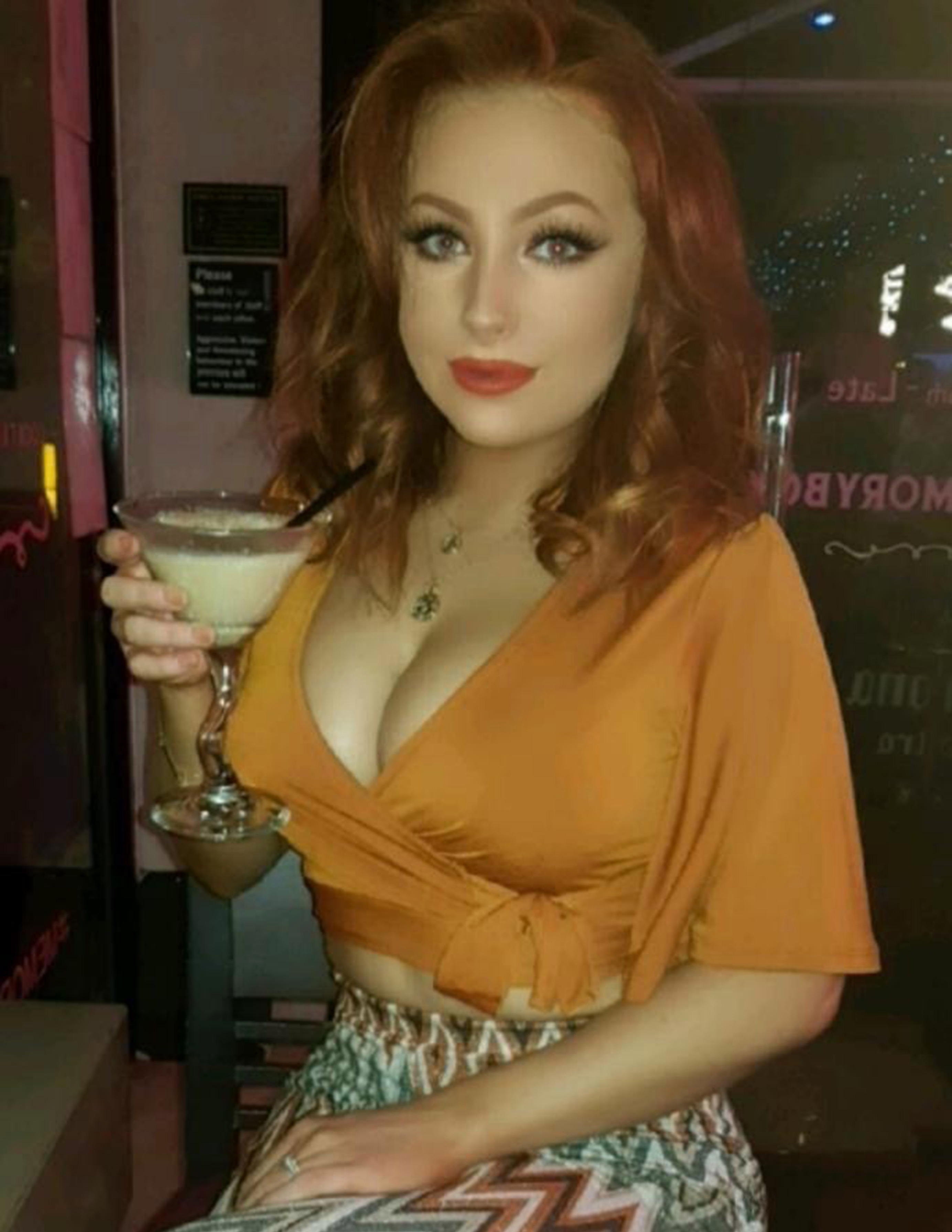 Jasmine, who lives in Croydon, London said the constant pain impacts her life so heavily that she has had to give up her job as a hairdresser as her legs are too weak.

She also experiences bloating and nausea on a regular basis and said there are often days that she can't move from her bed.

Jasmine said: “I’ve been told to get pregnant on several occasions because it might help change my symptoms for the better but it’s not really a cure. 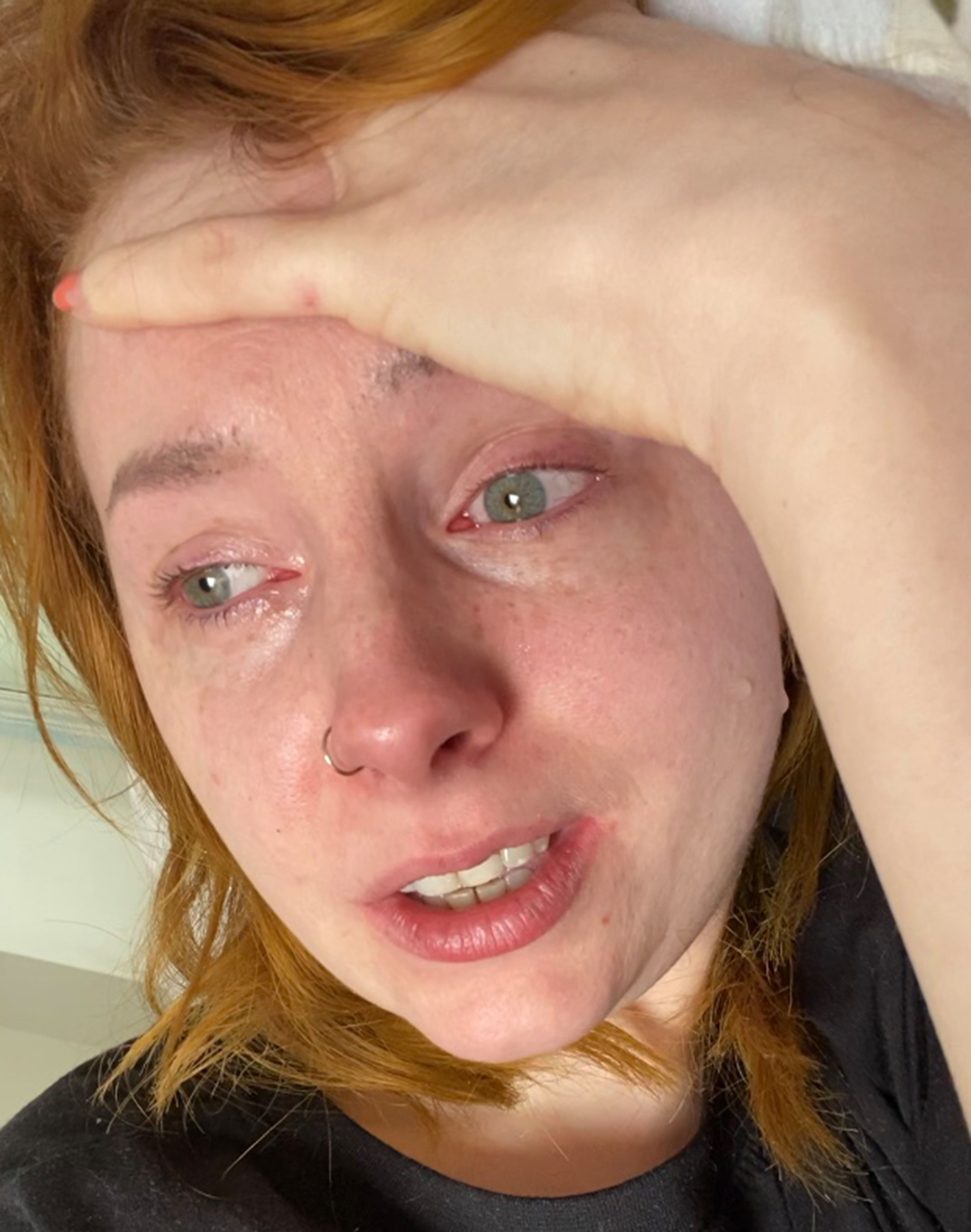 About two million women in the UK are affected by endometriosis where tissue from the lining of the womb is found outside the uterus, attached to organs such as the ovaries and the Fallopian tubes.

Endometriosis is a chronic condition which occurs when tissue from the lining of the womb is found outside of the womb – in areas of the body including the ovaries, Fallopian tubes, the abdomen and the bladder.

So what causes the condition that so many women suffers from?

The exact cause of the condition isn't known, but it's thought it could be hereditary or due to environmental factors – namely the presence of dioxins in the environment.

Meanwhile, other experts believe it could be caused by a process called retrograde menstruation, which is when the womb lining flows backwards through the Fallopian tubes into the abdomen, instead of leaving the body as a period.

Endometriosis can sometimes cause damage to the Fallopian tubes or ovaries, leading to fertility problems.

Other complications can include painful ovarian cysts and adhesions – areas of tissue which can fuse organs together.

What are the symptoms?

Symptoms of endometriosis can vary, but the most common include painful or heavy periods, pain during and following sex, bleeding between periods, pain in the lower abdomen and difficulty conceiving.

Endometriosis can also cause sufferers to be constantly tired, and experience discomfort when using the toilet.

“I can’t have sex because it’s so painful, so the last thing I am thinking about is bringing a child into the world to burden with the same problems as me.

“I was so shocked when I walked away from a doctor who told me to get pregnant and I really wasn’t sure what to do from then.

“It was like someone telling me that there’s nothing they can do to help anymore.”

She said doctors concluded that the pains in her legs could be linked to the illness because the womb lining is pressing on her thighs. 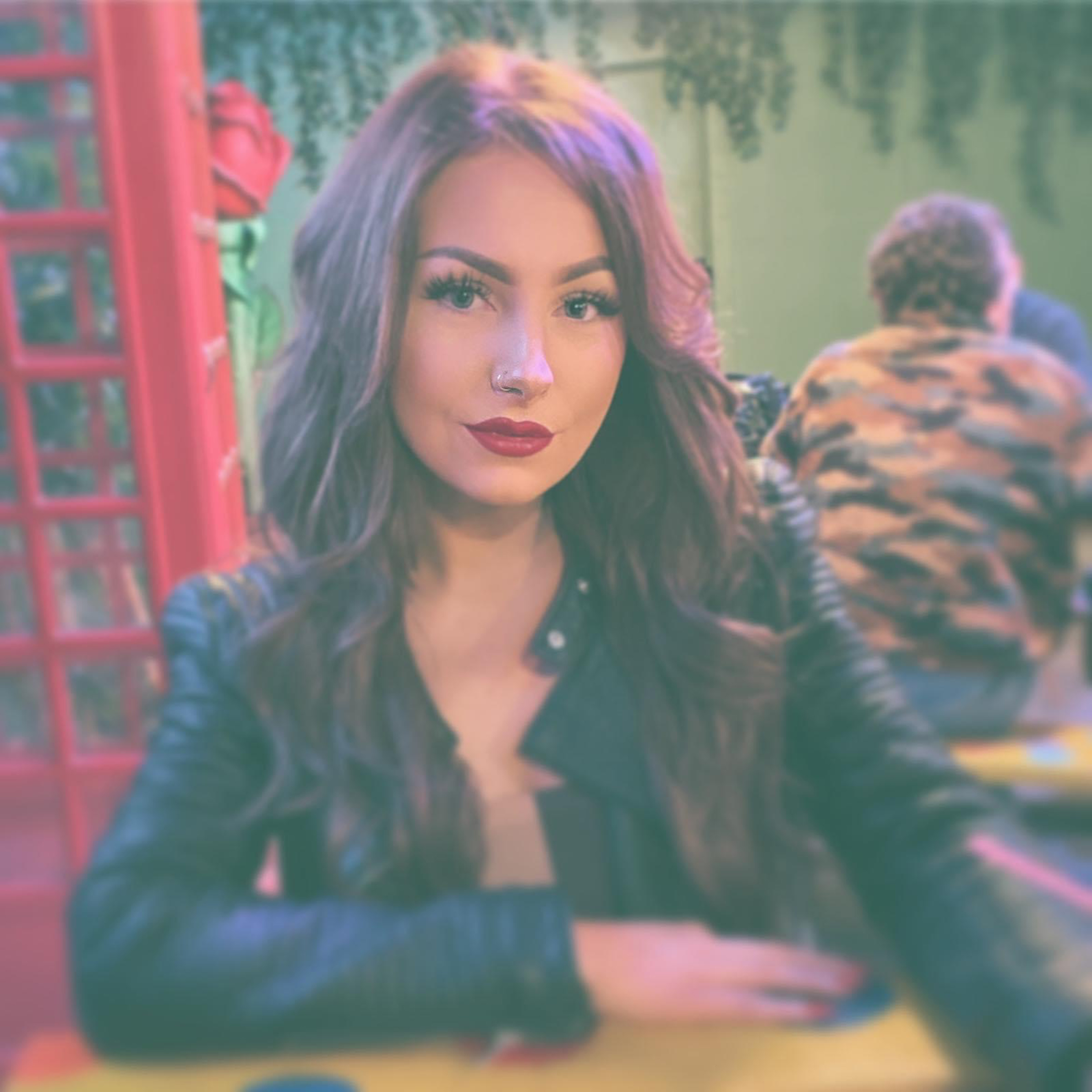 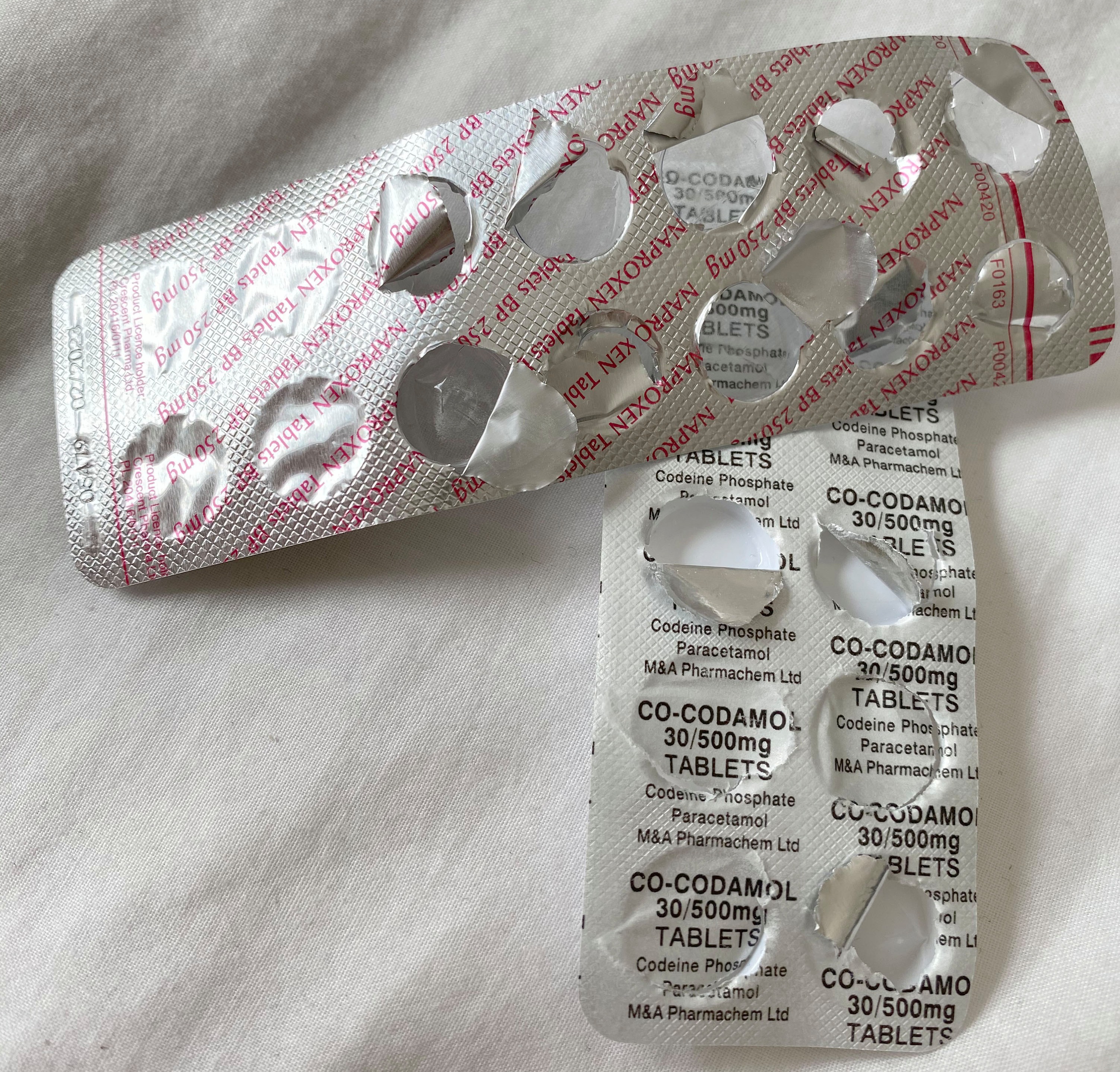 “I also get painful womb cramps which I have to calm down with the medication.

“I bloat really badly when I’m in severe pain daily and I’ve lost weight because I regularly feel nauseous and lose my appetite.

“Without more research going into the condition, I don’t know what I’m going to do for the rest of my life.”

At the age of 15 Jasmine suffered from extreme period pains.

She then went on the pill to help control them.

Since then she has come off the pill due to breast tenderness and says she has been struggling even more. 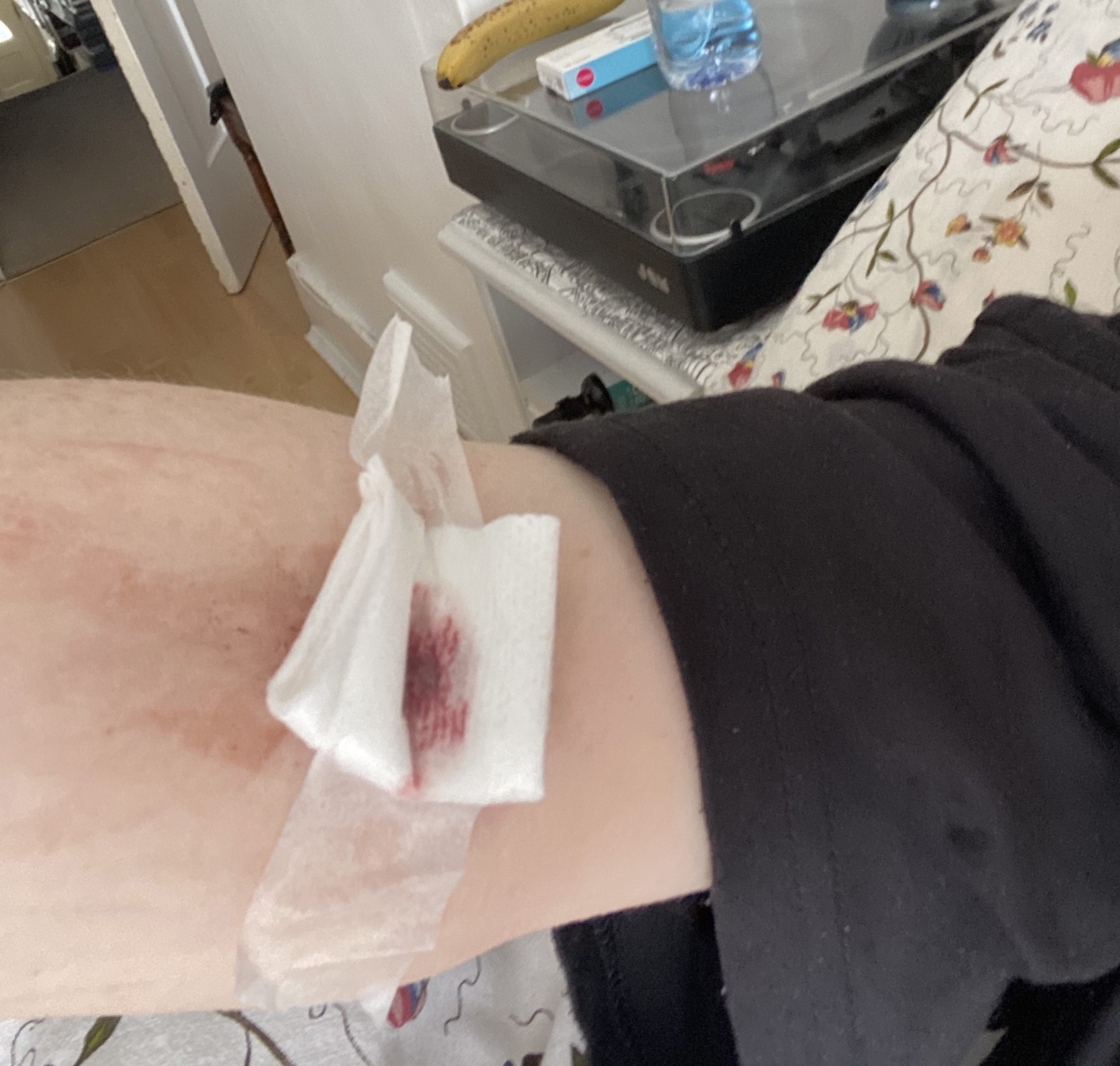 The pain is so severe that Jasmine has been rushed to hospital on multiple occasions and doctors have even prescribed her with morphine and codeine to cope with cramps.

Jasmine said: “I used to go to the doctors about my period pains because I’d be throwing up, collapsing in pain and losing control of my bowels.

“I went on the pill for 12 years and that subsided the pain little, but ever since I came off it I’ve struggled daily – it’s completely changed my life around.

“I used to be so sociable, bubbly and excited but now I’m unable to move from my bed.

“I’ve given up my job as a hairdresser because I can’t walk – there was no way on earth I could walk around for 10 hours in pain.” 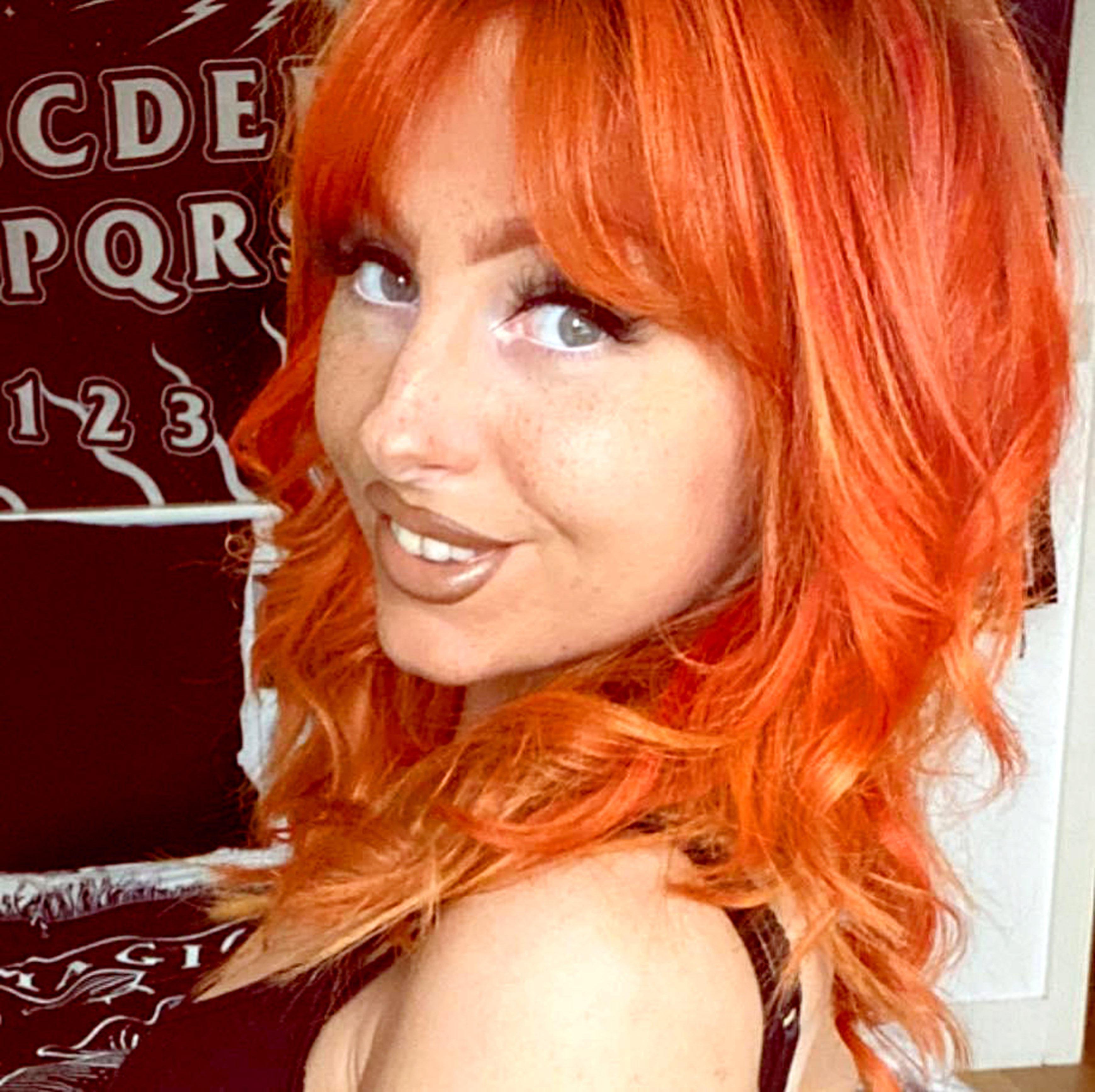 Just last week Jasmine said she was rushed to hospital.

“I was having a conversation with my mum and in seconds I was on the floor, heaving and screaming for help because I was in agony – my mum said I looked like I was about to give birth.”

At present Jasmine is under investigation to officially diagnose her condition as endometriosis.

She said it’s been a long battle to get to this point and is trying to speed up the process of diagnosis and treatment. 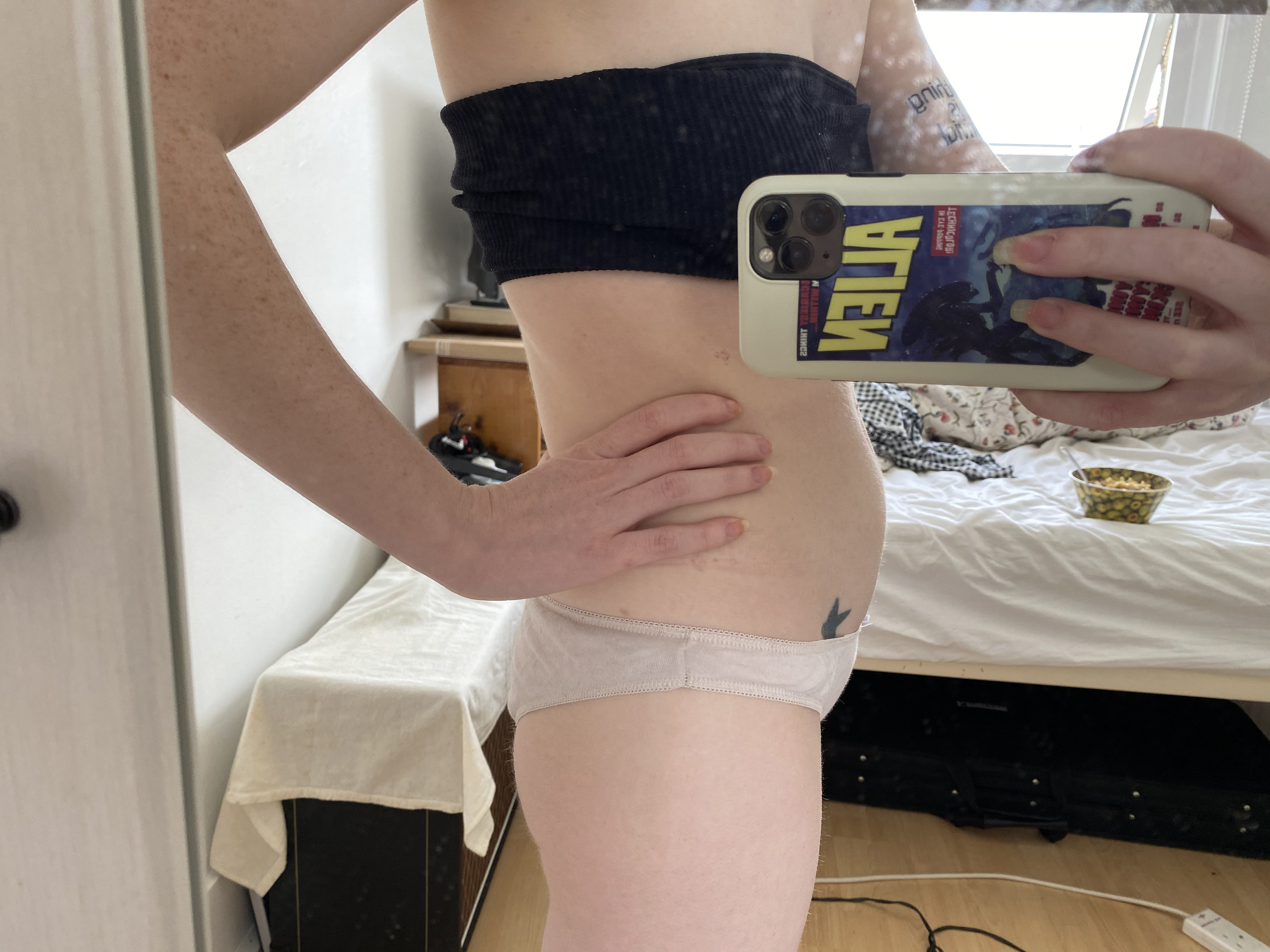 She added: “Endometriosis is a life-long illness and so many women suffer from it so I don’t understand how it’s not a huge deal.

“Doctors are trying to control it with medication or pregnancy and for some of us that’s not an option because I don’t want kids.

“I don’t want to slam NHS doctors because the problem is that there’s not enough awareness or research into endometriosis, I don’t think it’s a very informed illness.

“I’m angry but I can’t blame anyone because it’s a problem with the system.

“People need to know that it’s not a joke anymore and more needs to be done to help women.

“That’s why it’s so important to me to spread awareness and speak on behalf of other women going through a similar battle.”

"Pregnancy, like hormonal drug treatments which stop periods, may temporarily suppress the symptoms, but does not get rid of the disease itself and symptoms usually recur after the birth of the child.

"We don't know what causes endometriosis and there is no cure; myths like this highlight the real need for research into endometriosis so we can find the cause and work towards a cure as well as better treatments.”