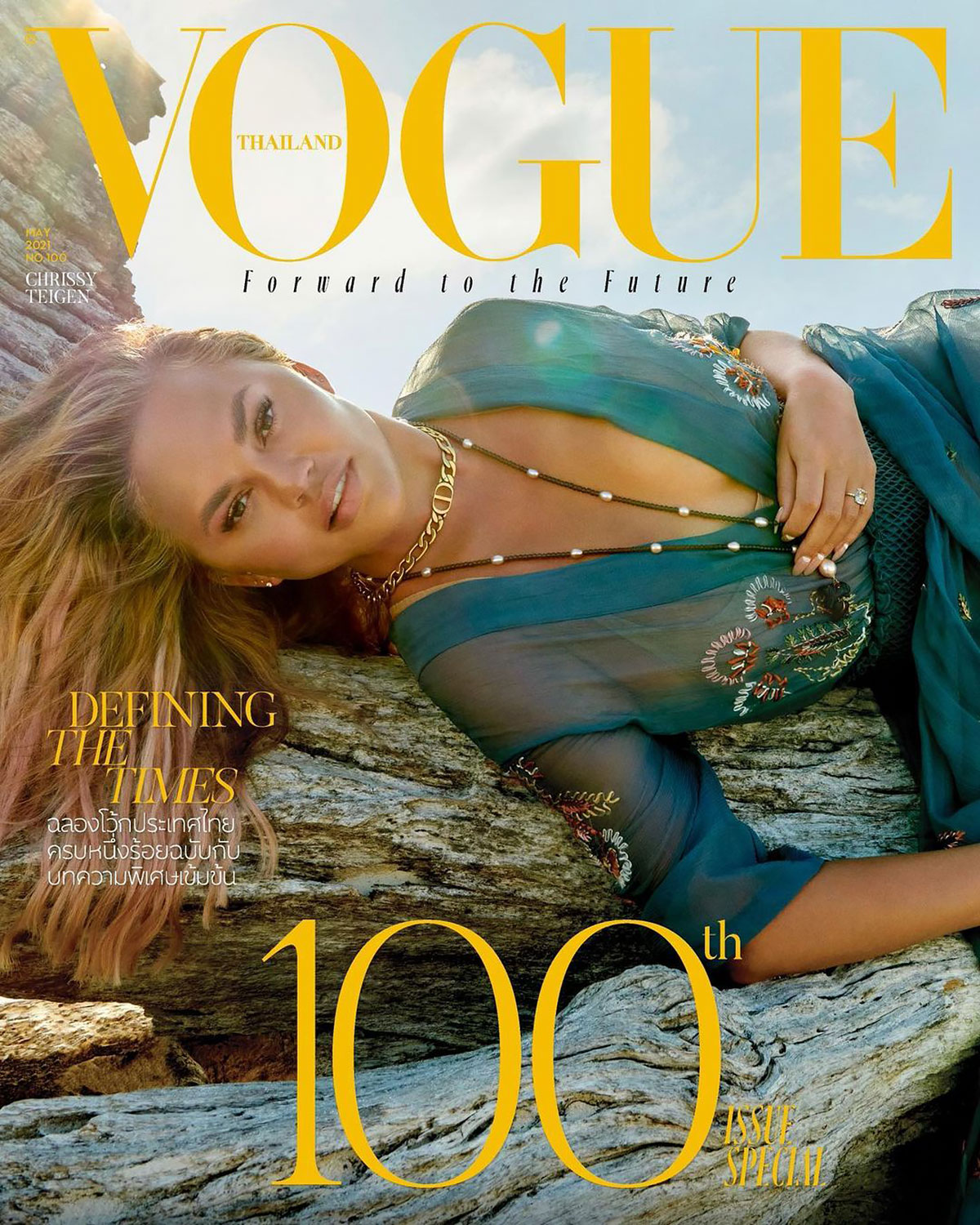 There’s no question Chrissy Teigen is a woman of many talents (read: chef, author, model, mom, robe designer  — the list goes on.) But, now, the 35-year-old star can add professional makeup artist to her resume!

See All the Wigs Getting Chrissy Teigen Through Her ‘Midlife Crisis’

For the 100th issue of Vogue Thailand, which was released on Thursday, May 6, Teigen was tasked with doing her own glam for the photo shoot. And if you ask Us — she crushed it! Not a brow out of place or lip liner smudge in sight.

“Oh hello, @voguethailand!! An honor to cover your 100th issue and to shoot it with just my good friends @yutsai88 and @alanavanderaa,” she started off the caption to her Instagram post.

In the following sentence, the Cravings author, who shares daughter Luna, 5, and Miles, 2, with husband John Legend, casually drops that she took the reigns when when it came to glam. “Alana did my hair annnnd dressed me, I did my makeup and dear Louie and Yu shot it! I think our little crew did pretty well! Thank you to the incredibly kind @kullawit for letting me represent global thailand :),” Teigen concluded.

For the shoot, which was taken in the Maldives, the Twitter queen gave off all the boho vibes. She stunned in a sheer Dior dress, which featured floral stitching. Sticking with the theme, the star kept her makeup to a minimum, effectively achieving the perfect no-makeup makeup look complete with a nude lip and bronzed skin. 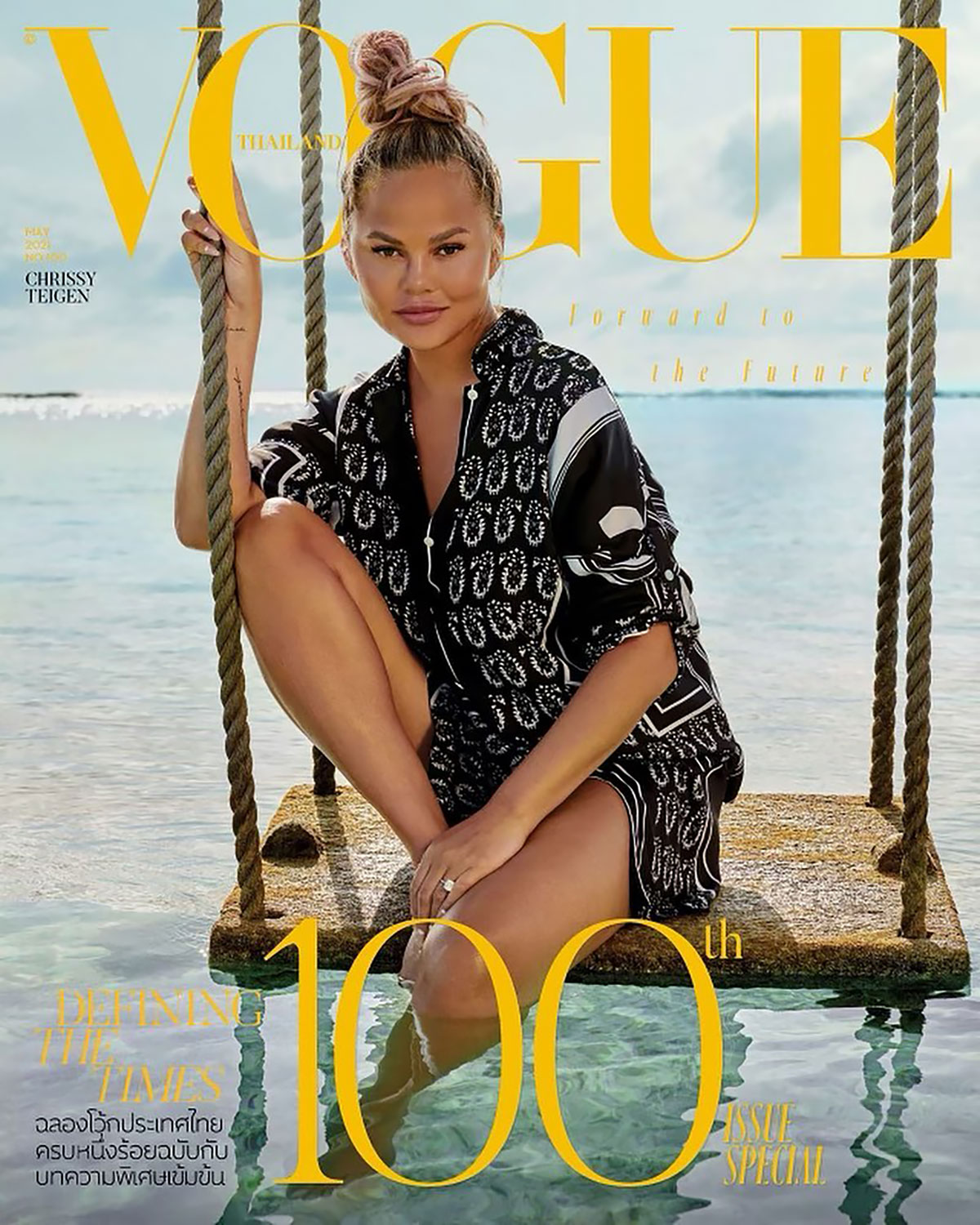 Teigen, who is part Thai on her mother’s side, did a secondary digital coverer the outlet too. She also rocked her go-to messy bun — with a scrunchie to boot — while posing on a swing in the middle of the ocean. For the picture, she donned a black and white Dior caftan. “My signature top knot made the cut!! Love this shot so!!,” she captioned her Instagram post.

It’s no surprise that these show-stopping images made followers and famous friends take a moment to stop and stare. Selling Sunset star Christine Quinn, who is expecting her first child, jumped into the comments. She wrote, “Omg this is iconic! Congrats,” with three clapping emojis.

Yu Tsai, the photographer for the issue, shared his appreciation for the model: “❤️❤️❤️❤️❤️❤️❤️  u so much and thank u to the entire team that made this fashion.”

Fans were also quick to point out Teigen’s makeup prowess, noting that she’s kind of a contour wizard. “Cheekbones for dayzzzzz,” one fan wrote. Another chimed in: “Stunning!!!! You pulled this together and killed it.”

This isn’t the first time the Chrissy’s Court star has been on the cover of the publication. She previously starred on the January 2016 issue.