A GROOM has been slammed after he offered a musician beers and “thirsty bridesmaids” as payment for playing at his wedding.

Taking to Facebook, the anonymous singer shared screenshots of the messages the husband-to-be had sent over. 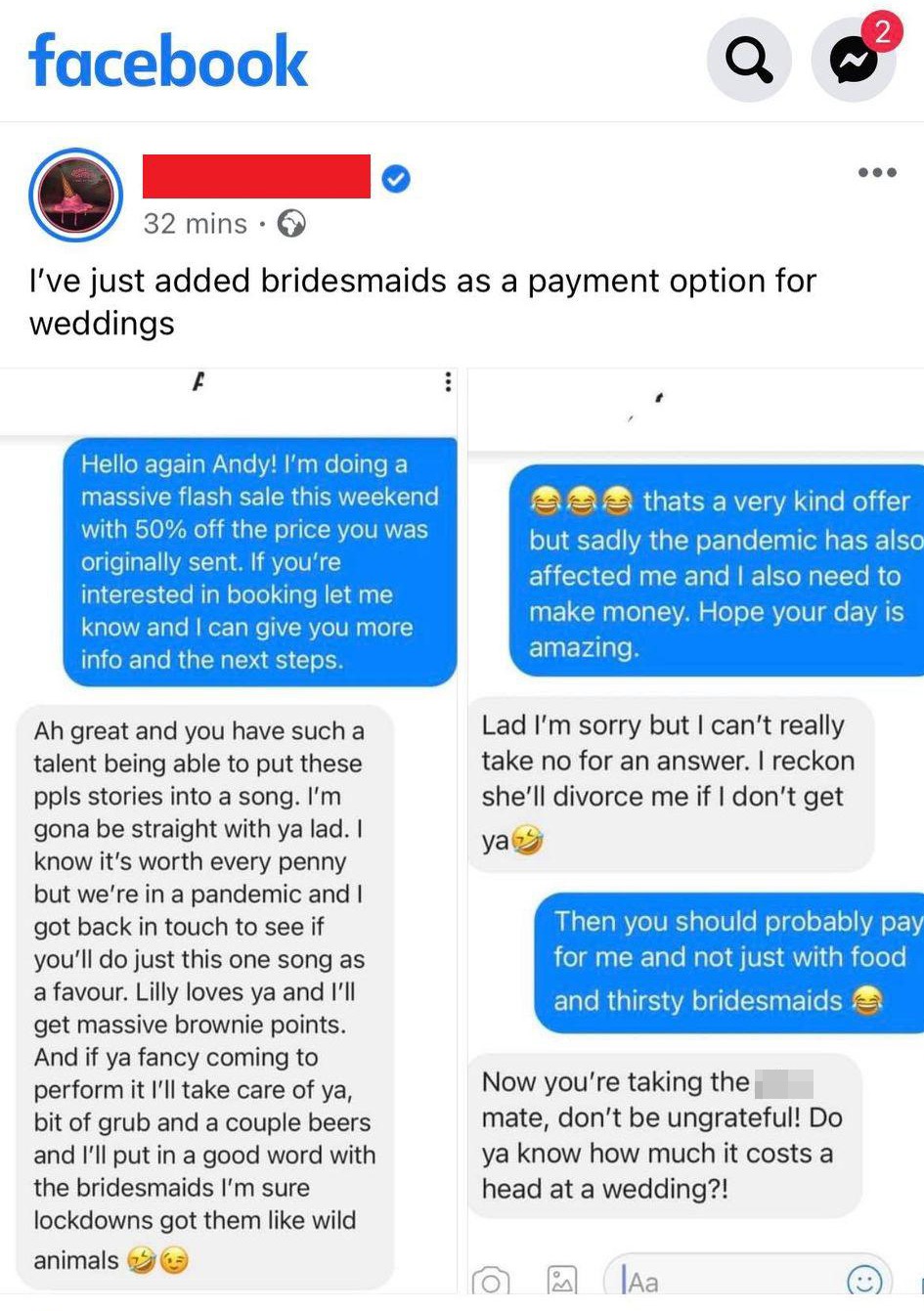 The performer contacted the groom to say he was offering a 50 per cent discount on his services should he want to book him for the wedding.

Responding the groom wrote: “I’m gonna be straight with ya lad. I know it’s worth every penny but we’re in a pandemic and I got back in touch to see if you’ll do this one song as a favour.

“Lilly loves ya and I’ll get massive brownie points. And if ya fancy coming to perform it I’ll take care of ya, bit of grub and a couple of beers and I’ll put in a good word with the bridesmaids I’m sure lockdown’s got them like wild animals.”

The musician replied pointing out that the pandemic had impacted his business and he would need payment to perform. 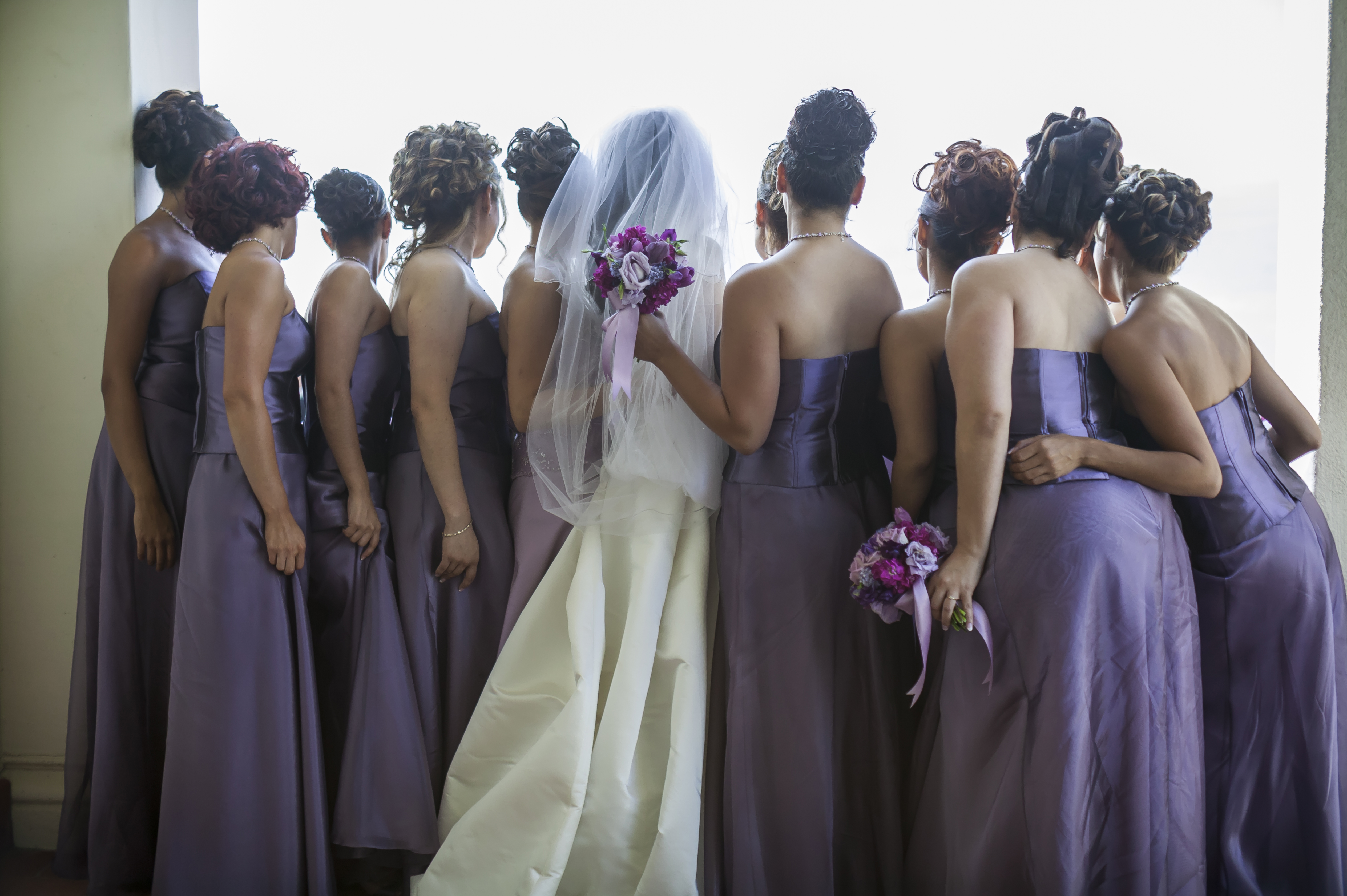 “Lad I’m sorry but I really can’t take no for an answer,” the groom responds, “I reckon she’ll divorce me if I don’t get ya.”

The artist then replies to say: “Then you should probably just pay for me and not just with food and thirsty bridesmaids.”

This clearly touched a nerve with the groom who accused the man of being “ungrateful” and “taking the p***.”

The exchange has since been shared on Reddit where it has left users equally baffled.

Commenting, one wrote: “I wonder what the bride-to-be would think of her fiance trying to pimp her friends out to pay for a musician.”

“The “can’t take no for an answer” feels vaguely threatening,” added another, while a third wrote, “Disgusting on so many levels!”

In other wedding news, this woman asked five strangers to be her bridesmaids.

And this woman spilt gravy down mother-of-the-groom when waitressing a wedding- the bride tipped her £55 because she was so happy.

Previously, a bride reveals how she did her wedding on a budget with decorations from Ikea and bridesmaids dresses from ASOS.