LONDON — Phoebe Dynevor, who plays Daphne Bridgerton in the hit Netflix series “Bridgerton,” has cast off her Empire waist gowns and swapped them for a lineup of Self-Portrait creations as the star of the brand’s fall ad campaign. This is Dynevor’s first fashion campaign, and breaks today.

The images were shot in London by the British photographer Nigel Shafran, and are very much of the moment, presenting a snapshot of the actress at home, “finding joy in simplicity and solitude.” She’s wearing key looks from the collection, which the brand’s founder and creative director Han Chong debuted at the end of London Fashion Week.

“As I was designing this latest collection, I was thinking a lot about the British sensibility and that effortless approach to British style, which I am so often inspired by,” he said.

“I felt we needed to work with someone to bring this to life rather than present the collection in a traditional show format, and having captured the hearts and imaginations of so many people over the last few months, I knew Phoebe would be the perfect woman.” 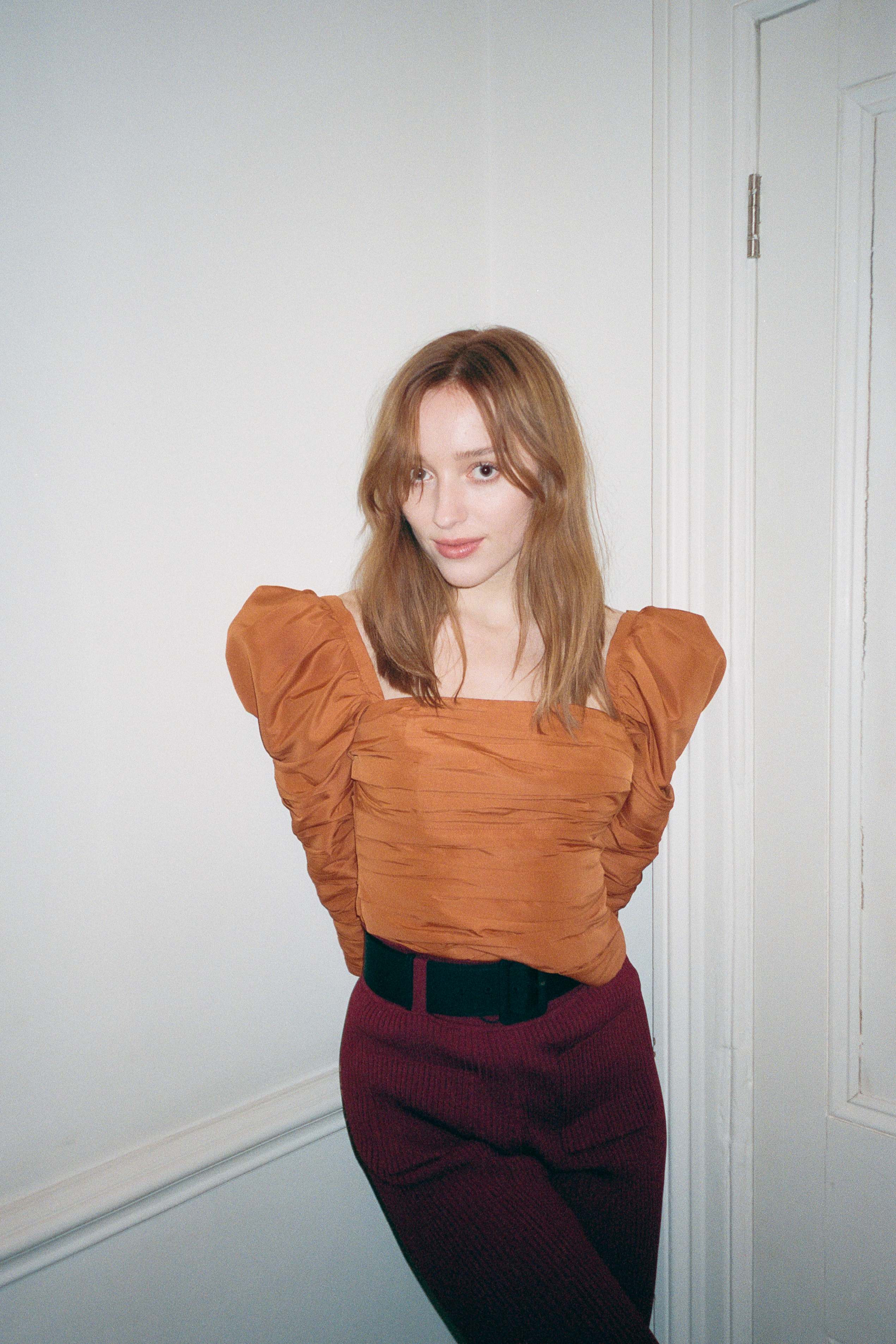 In an interview, Chong added that it was important for him to find a person that women could relate to — “and Phoebe is so down to earth,” he said.

Asked whether his fall collection — which is heavy on pouffed shoulders and lovely square necklines — was inspired by Bridgerton’s Regency styles, he said: “It’s a coincidence — I’m only halfway through the first season.”

Dynevor, who is filming season seven of TV Land’s comedy series “Younger,” said she first spotted one of Chong’s dresses on a photo shoot “and it was an instant love affair. I love the strong structures he creates from such delicate and stunning fabrics and this collection is a testament to his incredible work. I’m so proud to be a part of this new project and hope to have a chance to wear the pieces when life goes back to normal again.”

Chong was the creative director on the campaign, which was styled by Marie Chaix, with makeup Isamaya Ffrench and hair by Gary Gil.