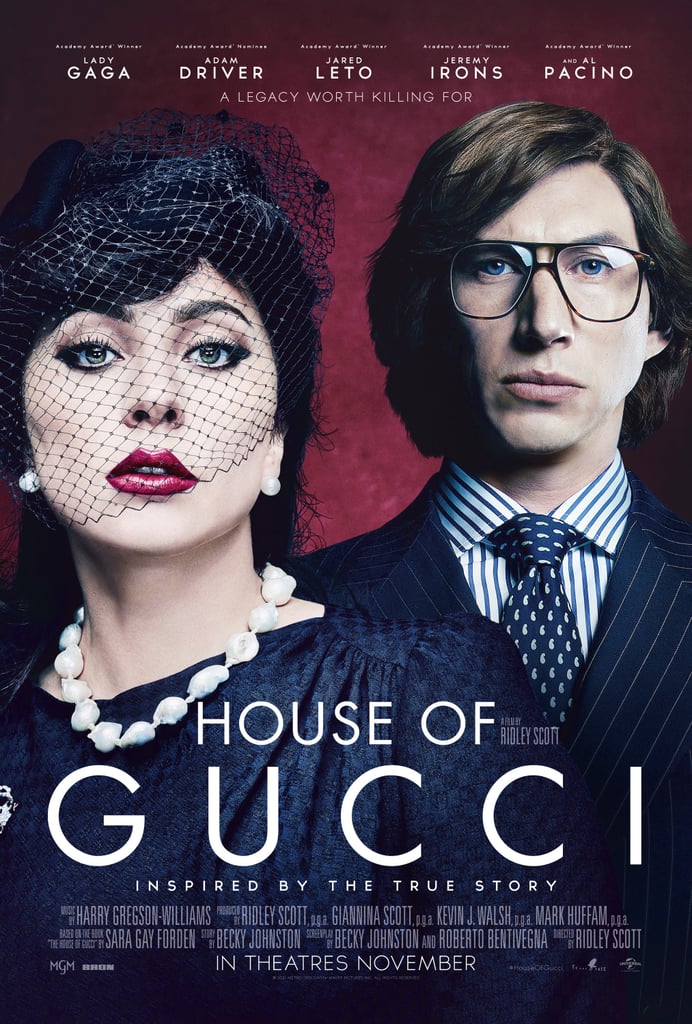 On one particular day, when Lady Gaga spun her makeup chair around, she caught a glimpse in the mirror. It had been two, maybe three hours, and she looked intentionally tired. It wasn’t just her lips, thinned out with concealer, or the wrinkles drawn on with precision. Earlier, a prosthetic nose had also been applied; her many tattoos, covered up; and a wig — one of 10 she wore throughout the film — had been laid. She was ready. “Oh my god,” she said to her hairstylist Frederic Aspiras. “This is almost . . . creepy.”

It was during those nine months of filming the newly released House of Gucci that Lady Gaga became Patrizia Reggiani, the glamorous socialite charged with arranging the murder of her husband and Gucci fashion heir Maurizio Gucci, in 1997. “She transformed before my eyes,” Aspiras told POPSUGAR. “As soon as we put on that wig, it was like hitting the play button.”

The film, by nature of most biopics, required meticulous planning and research deep into the archives — of wedding photos, past interviews, documentaries — by the cast and crew to ensure each character’s most accurate portrayal. Lady Gaga, for example, had “over 50 different looks in the movie,” said her makeup artist Sarah Tanno, that followed her character from the 70s through the 90s. “The prep work started way before the film,” she added. “She would do fittings with [the film’s stylist], and Frederic and I would be trying on [wigs] or throwing on makeup with her looks and taking notes.”

Yet, Lady Gaga served only one piece of the transformation pie in the amalgamation of House of Gucci beauty looks. In fact, the movie’s hair and makeup team put in countless hours to transform the entire cast into the real-life Gucci family and acquaintances, including an decidedly unrecognizable Jared Leto. There were tattoo cover-ups! Chin prosthetics! Enough perms to fill a marble bathtub in (one of) their Italian mansion!

Keep reading as Aspiras, Tanno, and makeup department head Jana Carboni break down the behind-the-scenes beauty secrets — from all the bronzing products they went through on set to the hidden detail to look out for with Lady Gaga’s hair color — ahead. Just be forewarned: unlike the story’s fateful ending, these secrets are dangerously good.