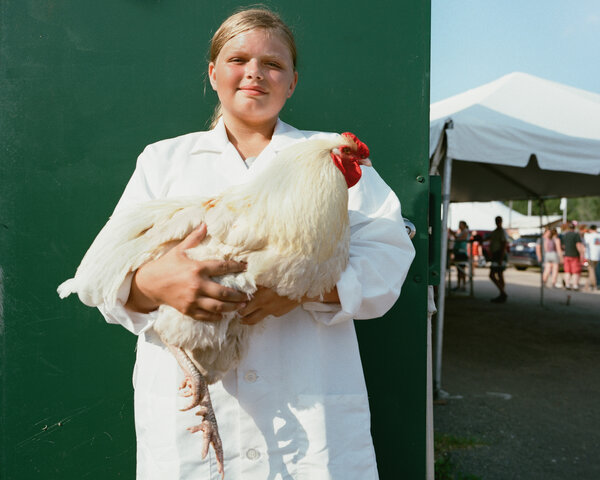 The Northern Wisconsin State Fair, which takes place in Chippewa Falls each summer, was, like many other state fairs, canceled last year. It was the first time in its 123-year history.

But this year, Rusty Volk, who serves as the fair’s executive director, began letting people know in January that the fair was on. “I was adamant to say, ‘Yes, we are going to have a fair, a physical fair,’” Mr. Volk said. “So the exhibitors knew. So the youth who raise and show the animals knew.”

Besides the financial cost of last year’s cancellation — the five-day event generates around $7 million for the local economy around Chippewa Falls, according to Mr. Volk — the absence of these events around the United States meant a deeper loss of tradition. State and county fairs are a pillar of Midwestern communities. The livestock shows sponsored by 4-H, the tractor pulls and agriculture demonstrations, the grandparents eating fried food alongside their grandchildren all act to preserve and promote a culture across the generations.

Stephanie Hintz, who has served as 4-H program coordinator in Dunn County, Wis., called state fairs “a time where the stars all align.”

“These fairs are small but really meaningful,” she said. “If you’re in 4-H and you’re a kid showing an animal, you think about it for months.” Some participants can earn enough money selling the cow or hog they’ve raised to pay for college.

“It’s a lot of hard work, late nights and early mornings, caring for that animal,” said Kristin Hanson, an agricultural science teacher at Barron High School and a fair superintendent at the Barron County Fair, which is held in Rice Lake, Wis. “Then when you get to the fair, it’s the fun of seeing your friends.”

This tradition was on display not just at the Northern Wisconsin fair this year but at smaller, more local fairs around the state — including the St. Croix County Fair, the Dunn County Fair and the Polk County Fair, as well as hundreds of others throughout the country.

Mr. Volk said fair organizers were fortunate to hold events in the brief window this summer when life was opening back up and the worst of the pandemic in the U.S. seemed to be approaching an end.

“Sunday is usually the slowest day for the fair,” Mr. Volk said, “but Sunday this year, our parking lot was full by 11 a.m. Food vendors were running out of food and had to run to Minneapolis-St. Paul to get products.”